Put $1 Billion dollars of results to work for your Nonprofit

Whether you are an institutional or mid-sized or start-up nonprofit in the Dallas & Fort Worth Metroplex, Carlton & Company clients conduct successful seven to nine-figure fundraising campaigns and increase major gifts across the board. If you face major needs with limited – or “stretched to the limit” – staff and volunteers, you need a trusted guide for critical items such as

With our senior staff in Dallas, Carlton & Company can serve as your Virtual Development Office, and therefore, work closely with your team to design stunning Fundraising materials and to cultivate new donors.  Because of our best practices, we can provide you with extra support during peak giving seasons — and even during staff turnover.   As soon as you begin, our moving forward Fundraising Plan becomes your “on-ramp” to major gifts.  Finally, with a clear focus and smart sequencing, you can see amazing fundraising results.  Nonprofit leaders have our world-class fundraising resources here in the Dallas and Fort Worth Metroplex.  Contact us now!

LiveChat with us now to relate your critical goals.  Then we can schedule a FREE first session.

Email us at [email protected], or LiveChat now to tell us your Nonprofit’s vision & objectives.  Carlton & Company can get you over the finish line to meet or exceed your goals! 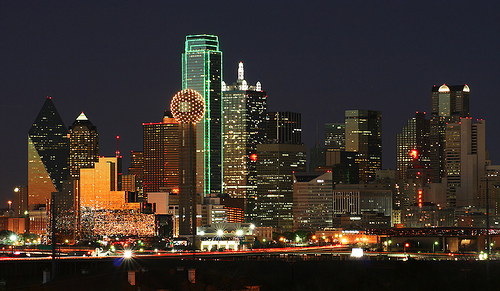 Dallas Texas is the 9th largest city in the United States. The city’s prominence arose from its historical importance as a center for the oil and cotton industries, and its position along numerous railroad lines. The United States Census Bureau estimates the Dallas City population increased to 1,341,075 as of July 1, 2017.

Dallas, a modern metropolis in north Texas, is a commercial, professional sports and cultural hub of the region. Some of the best-known Nonprofit organizations are:

Although Dallas is one of the fastest-growing cities in the United States, the ability to raise funds for nonprofit organizations is one of the most difficult in the United States. Despite the difficulties, the facts are that fundraising in Dallas occurs on a daily basis for various Churches, Synagogues, Libraries, Medical Centers, Universities, Colleges, and community service agencies.    Hence, the expertise of a Fundraising Company like Carlton & Company is really needed for a successful fundraising campaign that will meet its projected goals.

Even in the midst of last-minute shopping and holiday preparations, the Giving Season takes over in our country and many find time to donate to charitable organizations. However, that may not be the case in the DFW area according to recent research.  As a result of the studies, It appears that Thirty-one percent of all annual giving, based on Dallas Fundraising, occurs in December, and 12 percent happens in the last three days of the year. Therefore, it has been determined that the year-end request for funds brings in 26 percent to 50 percent of annual funds for only 28 percent of the nonprofits.

A company that studies nonprofit contributions ranked Dallas as 145 and Fort Worth as 147 out of 187 cities in the Nation — based on charitable giving, volunteering, and service during 2017.  In contrast, Freemont and San Francisco, CA were ranked 1 & 2

Carlton & Company can help guide Dallas Texas nonprofit organizations through a major gift or capital campaign. As a result, we make fundraising in Texas so much easier.  Finally, Carlton & Company has an office here to help raise funds for nonprofits.  You have heard this slogan before, “Call us first or call us last” and it’s really true.  We are the fundraising experts and look forward to talking with you. Contact us today; we know Dallas.